Exploring uncharted waters, unfolding an evolving humanity, we bring you the last voices of Gaia.

Episode 24-Guatemala, Her Pain and Triumph-An Interview with Bonnie Dilger 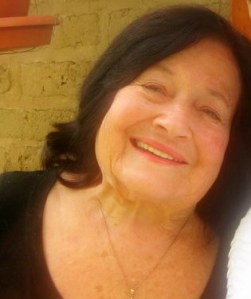 Listen to this show here.

Carlita and  Eric Montross talk to accomplished writer, humanitarian and friend Bonnie Dilger, in Santiago, Lago Atitlan, Guatemala. Bonnie  has lived in Guatemala since 1973 after first arriving in El Salvador, Bonnie tells her story of how she became witness to gross human rights attrocities inflicted upon the indigenous Mayans of Guatemala, her memoirs can be read in her first book Guatemala:Blood in the Cornfields, She was personal witness to the governmental atrocities when the military regime sent its soldiers to invade and occupy the pueblo of Santiago, Atitlan, where they murdered hundreds of thousands of rural indigenous Mayans. At the end of the ”civil war” the Peace Accords were signed in 1994 between the Guerrilla parties and the Guatmelan Government. However the Peace Accords were a political failure, and it was not until December 29, 1996, that the ruling government, its military and the guerrillas reached an agreement to end the conflict.

Bonnie’s second book Forgive me if I Don’t Cry is a collection of poems and a story of her visit to Cuba, the forward was written by Vinicio Cerezo, Vinicio also put his stamp of approval on Bonnies first book- Guatemala: Blood in the Cornfields.

Bonnie talks about her latest book which is soon to be published called Guatemala: Her Pain and Triumph. Since then Guatemala has had little more than 15 years to recover from the violent conflict, it is a country still struggling with fast pace development and the problems of pollution, the ‘normalizing of violence’  in the mainstream Guatemalan media as it has become an engrained part of Mayan life, despite this and escalating environmental changes with intensive rains and landslides increasing exponentially every year, it is amazing that some things have improved for the Mayan people such as improvements in access to education and more schools appearing, Mayan girls are now allowed to attend school and health care for indigenous people has been improved in Guatemala by the president  Alvero Colomn. Nonetheless Guatemala is still vulnerable to possibilities of future militant threats and increased environmental devastation from outside interests.